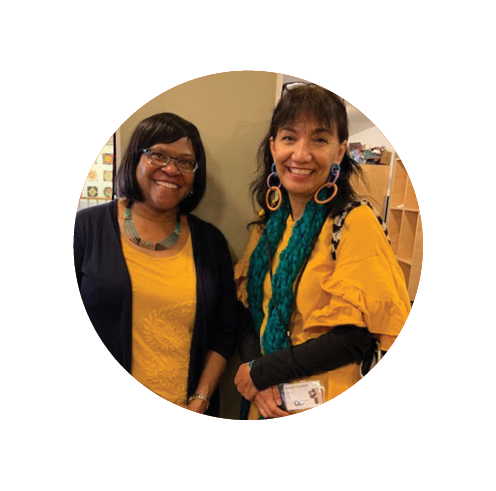 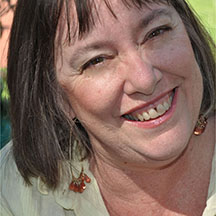 Beth Hall (she/her) is the white adoptive mother of a Latina daughter and an African American son, both now adults, and grew up with an adopted sister. She co-founded Pact in 1991 to combat the discrimination she witnessed against adopted children of color and their birth families. Since that time, she has facilitated the placement of over 1000 infants of color into strong, loving homes. She is the co-author, with Gail Steinberg, of the book Inside Transracial Adoption (Perspectives Press, 2000, 2nd edition, Jessica Kingsley Publishers, 2013), as well as numerous articles on adoption and race. She is a nationally known advocate for adopted children of color who regularly lectures and leads workshops on ethical, child-centered, anti-racist adoption practices. Email: beth@pactadopt.org

Beth Hall (she/her) is the white adoptive mother of a Latina daughter and an African American son, both now adults, and grew up with an adopted sister. She co-founded the non-profit Pact, An Adoption Alliance, in 1991 to combat the discrimination she witnessed against adopted children of color and their birth families. Pact has grown to a national organization that provides lifelong education, support, and community to adopted children of color and their families; it has also become a licensed full-service adoption agency that models and promotes an ethical, child-centered, anti-racist approach to adoption.

Beth Hall, who enjoyed a first career in the fields of molecular genetics and chemistry after receiving her BA from Reed College, is recognized as a national thought leader on the intersection of race and adoption. In 2010 she received the Outstanding Practitioner in Adoption Award from the Adoption Initiative at St. John’s University. She currently serves as a contributing author and member of the content committee of the National Training and Development Curriculum for Adoptive and Foster Parents, and is an Advisory Board Member for the MPower (formerly On Your Feet) Foundation, dedicated to supporting birth mothers of adopted children and adoptive families. She previously served on President Clinton’s Race One America Conversation. Under her leadership, Pact has been awarded four federal grants from the Department of Children, Youth & Families/Children’s Bureau and been selected by the Brookings Institution as one of 25 exemplary, high-performing non-profits in the US.

Beth Hall is the co-author, with Gail Steinberg, of the seminal book Inside Transracial Adoption (Perspectives Press, 2000, 2nd edition, Jessica Kingsley Publishers, 2013), as well as numerous articles and book chapters on adoption and race. She regularly lectures, leads workshops, and offers consultations not only to families but to authors, researchers, and filmmakers seeking insight on adoption and race.

Beth Hall is available to deliver keynote addresses, workshops or presentations to groups of any size. Below are some topics/keynotes/workshops that she typically presents, but she can also address prepare a customized presentation upon request.

To get a flavor of Beth’s presentation style and approach to adoption and race, check out some film clips of her speaking on various topics:

Beth Hall is available to speak nationally. For locations outside the Bay Area, the sponsor is expected to provide transportation (including a pre-paid airline ticket), accommodations, and a per-diem payment on the day of the event. For smaller grassroots organizations, a reduced speaker’s honorarium may be available.

You are welcome to inquire if you are interested in having Beth as a speaker. Please contact beth@pactadopt.org 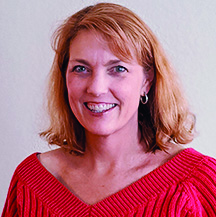 Julie Kiani (she/her) is an adoptive parent in a multiracial family (Middle Eastern, African American and white) and a long-time member of the Pact community. Her appreciation for all Pact has to offer led Julie to a professional relationship with Pact; she now heads data services with a primary focus on Salesforce implementation. Julie’s background combines data, engineering and marketing.  She holds a Master’s degree from University of the Pacific’s School of Engineering in Data and Analytics, and a Bachelor’s from Cal Poly San Luis Obispo in Mechanical Engineering. Email: julie@pactadopt.org 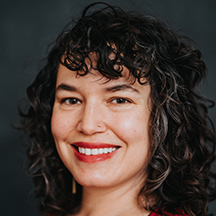 Susan Dusza Guerra Leksander (she/her), LMFT, is a Latina first mother, transracial domestic adoptee, and licensed psychotherapist who specializes in the adoption and foster care triads, providing treatment and consultations since 2009. When Pact became a licensed full-service adoption agency in 2017, Susan was appointed its founding Agency & Clinical Director, launching Pact’s Center for Race and Adoption Focused Therapy in 2021. She is on the ongoing complex journey of reunion with her first families and the daughter she placed for adoption. Email: susan@pactadopt.org 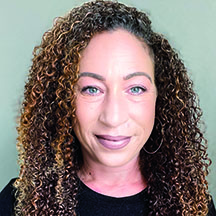 Deanna Matthews (she/her) is a multiracial (African American/white) single parent who has found great commonality between her own experience of racial ambiguity and that of many adoptees of color. She brings that understanding to all her work at Pact, as well as a passion for educating adults and supporting children in defining their identity in positive ways in a racialized world. She has been involved in organizing Pact Family Camp since 2009, and became Camp Director in 2011. Email: deanna@pactadopt.org 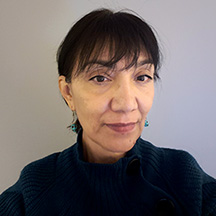 Raquel Vivanco (she/her) is the adoptive mother to two Latin@ persons. She has been an active member of the Pact community for over ten years. As a staff member, she brings to Pact her experience with nonprofit organizations and human resources, as well as her dedication to ethical adoption reform. Email: raquel@pactadopt.org 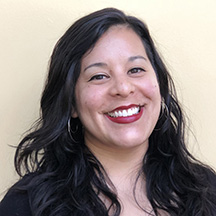 Katie Wynen (she/her), MSW, is a transracial, international Colombian adoptee, with a Masters in Social Work. Katie has worked with members of the adoption triad since 2006. She studied under Dr. Joyce Maguire Pavao in Boston before moving to Oakland and joining the Pact staff in 2012. Katie works in adoption placement, leads the adult adoptee support groups, and provides adoption education nationwide. Katie is an Angels in Adoption 2019 Recipient from the Congressional Coalition on Adoption Institute. Email: katie@pactadopt.org 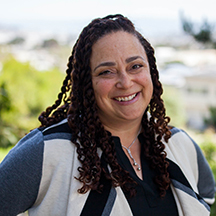 Christina (she/her) has been teaching in the School of Social Welfare at UC Berkeley since 2007. She teaches courses on child welfare practice and school social work; she was previously employed as a child welfare worker and school social worker. She coordinates the Title IV-E program, a curriculum that prepares social workers to work in children’s protective services. Christina also consults with SOAR for Youth, a foster youth educational advocacy program. Christina and her spouse are foster-adopt parents of two daughters who are sisters by both birth and adoption. They have contact with the girls’ first mother and feel blessed to be raising the sisters together. 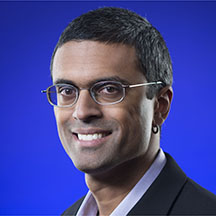 Ojas (he/him) and his wife Jill (an interracial couple—he is East Indian-Canadian and she is white) have adopted two African-American children, who are brothers by birth and adoption, and also have an older son born to them. Ojas is an advisor to Digital Trust Networks, a high-tech startup. 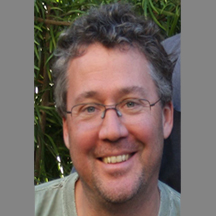 Francois (he/him) is a white transracial parent of two African American boys (one adopted through Pact) and one daughter born to him and his partner, Marie-Claude. A Fellow of the US and Canadian Institute of Actuaries, he was previously Executive Vice President of Aon Consulting before his retirement. 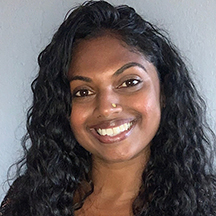 Nisha (she/her) is an international transracial adoptee from Goa, India and the subject of YOU FOLLOW: A Search for One’s Past, a documentary about her attempts to reunite with her birth mother. Nisha has shared her experiences at many national adoption conferences, including Pact Family Camp West, and in her blog The Adoptee Diary. She co-facilitates workshops, support groups, and publishes articles for Pact and other adoption nonprofits. Nisha currently works in Berkeley as a Vocational Rehabilitation Counselor. 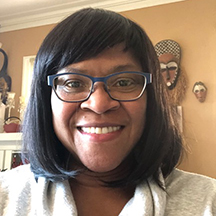 Marcia (she/her) and her husband Ron are an African American couple who adopted their son through foster care. Marcia has worked in private schools for many years and is currently serving as Director of Student Life at Julia Morgan School for Girls in Oakland, CA. Marcia brings her passion for children and her understanding of their needs to her work for Pact. 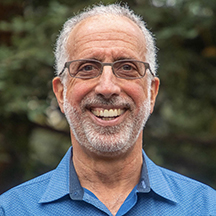 Alan (he/him) and his wife Arlene are parents to two children, their son who is born to them, and their multiracial daughter (Native American, African American, East Indian, white) whom they adopted transracially. Alan is an executive coach and former chief marketing officer at several companies, large and small. His vision and experience in business management, branding and marketing helps Pact expand its reach and impact. 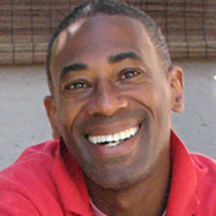 Winslow (he/him) is part of an interracial parenting couple (he is British of African descent, his partner is white) who adopted their son through Pact. He is a software engineer and technology manager. 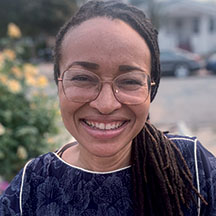 Malaika (she/her) and her husband Saul are Black parents of four children, two who joined their family via same-race adoption and two born to them. Malaika served as the founding director of Pact’s Adoptive Parents of Color Collaborative and now serves as Executive Director of the Black Organizing Project; her long career in non-profits includes working on issues of racial justice in farming, policing and education. She holds a Master’s degree in Social Justice and Equity in Education. Malaika is passionate about providing resources and community for adoptive families headed by people of color. 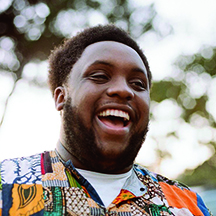 Jake (he/him) is a transracial adult adoptee from California, a graduate of New York University with degrees in Music and Black Cultural Studies. He currently works as a freelance producer and songwriter as well as with the community organization US4US in his native San Francisco. He has been a member of the Pact community since he was three years old and is excited to serve on the Board and as a youth mentor and counselor at Pact Camp and in the year-round youth program. 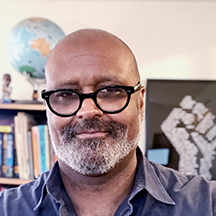 Michael (he/him) and his wife Michele are an interracial couple (he is African American, she is white) who adopted their multiracial daughter through Pact, and have remained involved in the Pact community ever since. He is an instructor at Chabot College, where he teaches African American and U.S. History. He is a member of the Umoja learning community for African American students, leads faculty inquiry groups exploring equity issues, and has served as an advisor to formerly incarcerated students. 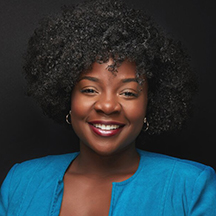 Delrisha (she/her) holds a bachelor’s degree in Journalism & Media Studies with a minor in Global Studies from Bennett College in Greensboro, NC. In 2019, she earned her master’s in Education Policy & Management at the Harvard Graduate School of Education and was awarded the Intellectual Contribution award. Del is a journalist, educator and social impact leader who confronts educational inequity and racial and socioeconomic injustice through education and storytelling. Her life’s work is a culmination of her experience growing up in a family impacted by poverty, as well as the criminal justice and child welfare systems. 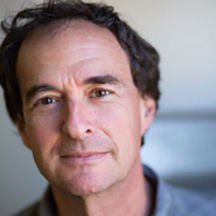 Jeffrey (he/him) is the Principal Artistic Director at Tencue , a live communications agency. He and his life partner, Kristin, have two children (now young adults), one of whom joined the family through foster-adoption. They believe in giving back to the community by supporting arts and education programs locally and globally.   Pact has been incredibly important to the growth of their family and they are committed to supporting the organization and helping it grow in return.

Gail (she/her), who co-founded Pact in 1991 and retired in 2004, is the adoptive mother of four grown daughters and sons. Her multiracial family has Korean/Native American, African American and white members. She has six grandchildren. Gail specializes in the impossible: building zero-budget dreams into thriving non-profits, connecting people who would not have come together any other way. Gail has amazing vision, passion, and drive; her contributions to the early years of Pact cannot be overstated. More recently she has launched an art support organization with members across the globe, is a practicing encaustic artist, and has written a book on feeling more alive, seeking joy, loving, belonging, and connecting while aging.